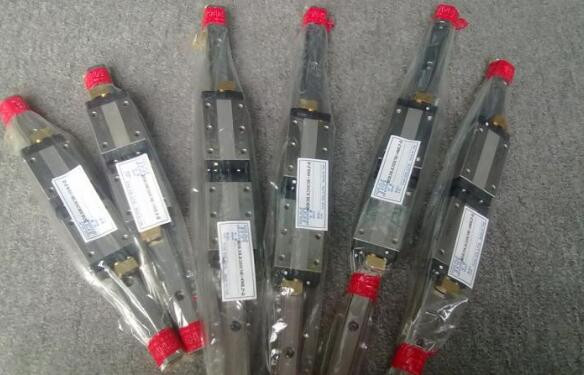 The circular motion of steel balls has been applied to the "linear guide" of linear guides for about 35 years. Manufacturers at home and abroad sell various kinds of products, though they are similar in appearance, but they have different uses in different industries. Without using the most suitable products, 100% can not give full play to the excellent performance of linear guideway. This paper discusses design paradigms mostly oriented to general industrial machinery. This area mostly uses the "radial load" that attaches importance to the vertical load and the "four directional load type" of equal load on the four directions of the upper and lower directions. One of the problems is that the higher the installation accuracy, the higher the price. Generally speaking, the assembly errors of components will be accumulated once the mechanical parts are assembled, most of which lead to the decrease of accuracy after assembly. However, in the linear guide with steel balls, the installation error is absorbed by the elastic deformation of the steel ball, or the contact structure between the steel ball and the rolling groove of the steel ball. Without understanding this situation, the excessive accuracy of the installation surface will increase the overall manufacturing cost. The absorptive installation error is compared with the allowable error of the standard guide rail width 25mm parallel to the 2 axis of the common product without prepressing. The radial shape "SR25" is 50 m, the four direction load type "HSR25" is 30 m, the allowable error of the track is compared with the standard guide width 25mm, the "SR25" is 200 m m. The "HSR25" is 130 m, allowing the maximum value. The linear guide with large allowable value can meet the requirements without raising the accuracy of the installation surface. As a result, the cost of machining is reduced, and assembly and straightening operations are simple, thus reducing processing and assembling hours. As a result, the overall price is more competitive.

The larger the model, the greater the allowable error. No matter from the point of view of load or life or the amount of error absorbed from the installation surface, it is important to choose a slightly larger guide. However, when choosing, it should be noted that the allowable value varies with the manufacturer of the linear guide. Exceeding the allowable value will soon lead to the end of service life. With the effect of averaging precision, after assembling the worktable, the linear guide rail absorbs errors and improves the movement accuracy of the worktable. This effect is changed according to the rigidity of the worktable or machine tool. It is reported that the accuracy of 1/4-1/7 can be increased by the error of the installation surface. The result of Hertz theory based on steel bead is 1/4.4, which is the approximate result of rigid body, such as guide rail, slider and mounting nut. In view of this, it should be smaller than 1/4.4. The ratio of the given alignment error to the actual variable position of the workbench is called the precision average coefficient, and the coefficient is 1/7.1 by experiment. We believe that the test results of 1/7.1 are quite reliable. Therefore, the linear guide rail has the characteristics of averaging the straightening error, such as perpendicularity, flatness, parallelism and so on, when the foundation of the guide rail is machined and assembled. Cleverly using this functional feature can produce high precision worktable. The linear guide with general industry can also get 0.6 m/110mm of up and down accuracy (perpendicularity), which can be applied to semiconductor manufacturing equipment with strict accuracy. Since the average value of the average effect varies with the manufacturers of linear guides, the corresponding design of the selected linear guides is necessary. The error absorption method of linear guide way is designed by considering the error absorption method. In order to be installed in the plane parts which are difficult to machine and get the precision, the structure of the contact structure of the steel ball can be selected as the product constructed by DF (positive combination), which can easily absorb the error. Because the "automatic adjustment" good DF structure of the linear guide will tilt the mounting surface through the guide itself to absorb, so the worktable assembled on the slide is not easy to deform. To further improve the "automatic adjustment function" of the linear guide, it is necessary to improve the rigidity of the worktable. The rigidity of the worktable is an important factor in improving the accuracy of the devices using linear guides. The two problem is dynamic rigidity. If the dynamic rigidity is insufficient, the machined machinery will cause the machining surface to be scrapped due to vibration. The measuring device will be unstable due to poor attenuation. The rigidity of the worktable is surprisingly small. The number of rigid beads that bear the load varies according to the pattern. The "HSR35R" is 24, and the allowable load of a slider is 61.1KN. If the worktable of the assembly is small in rigidity, it is impossible to design the anticipated performance due to the rigidity of the worktable when it is made up of the device. The 4 "HSR35R" supporting rib casting structure with a wall thickness of 30mm is considered as the support at the ends of the supporting space 1000mm, the width 500mm and the height hmm. Assuming that the central part has a concentrated load of W=10KN, the maximum displacement of the beam will be 15 m and the displacement of the slider part is 2 m. The height of the worktable needs 370mm and the weight of the workbench is 9.1KN. Because the rigidity of the guide rail needs to be large enough to use the 370mm thickness worktable, it is necessary to adopt a lightweight and high rigidity structure which is not easy to cause local deformation. When the worktable rigidity is increased, the rigidity of the worktable can not be fully obtained. The rigidity of the linear guide can be increased by adding preload or increasing the number of sliders of the linear guide. In the above example, the dynamic stiffness of the 4 and 6 post worktables increased by 2 times and 1.5 times respectively. But for the same worktable, 4 and 6 sliders are pre pressed.